All News
7 years ago

Employers in California to Pay Higher FUTA Tax Rates Retroactively
Employers in three states (California, Connecticut, and Ohio) and the U.S. Virgin Islands will pay higher Federal Unemployment Act (FUTA) taxes in January 2016, due to unpaid federal loans to those affected states. This increase will be based on FUTA taxable wages paid in the affected jurisdictions during 2015.
California employers will pay a higher FUTA tax rate in January when the 2015 Form 940 is filed. The states have until November to repay the outstanding federal loans to avoid credit reductions. For the fourth year in a row, California has not fully repaid the unemployment loans.
The FUTA tax “credit” employers normally receive is being reduced as a result of California’s outstanding loan balances with the Federal Unemployment Trust Fund. The state’s loan balance has been reduced from over 9 billion to around 5.4 billion.
The state of California did not repay the Federal loan by the deadline of November 10, and thus employers in the state will be required to pay a higher FUTA rate retroactively to January 1 of this year. California is one of four jurisdictions that still have an outstanding loan balance on January 1 for the years 2010 through 2015. As a result, the 5.4% credit is being reduced by 1.5%, (5.4 – 1.5 = 3.9) resulting in a reduced credit of 3.9% and adjusted net FUTA tax rate of 2.1% (6.0 – 3.9 = 2.1%).
According to IRS regulations, any increased FUTA tax liability due to a credit reduction is considered incurred in the fourth quarter (for that calendar year) and is due by January 31 of the following year. California Payroll will notify you of additional tax liabilities due once the 2015 Form 940 payroll tax return is calculated in January 2016.
Below is a list of States and their associated credit reductions. The additional amounts below are the maximum amount per employee for 2015. FUTA is calculated on the first $7000 of wages per year. To estimate the additional taxes, calculate the additional cost by the number of employees.

FUTA: (Federal Unemployment Tax Act) is a federal tax levied on employers covered by a state’s unemployment insurance (UI) program. Funds from the tax create the Federal Unemployment Trust Fund. When states don’t have enough funds to pay UI benefits for residents of their states, they take loans from the federal fund. A number of states, including California, did this during the recent economic downturn when the government expanded unemployment benefits.
The standard FUTA tax rate is 6.0% on the first $7,000 of wages subject to FUTA. Employers generally receive a credit of 5.4% when they file their Form 940, resulting in a net FUTA tax rate of 0.6%. However, if a state has outstanding federal loan balances on January 1 for two consecutive years, and does not repay the full amount by November 10 of the second year, the FUTA “credit” for employers in that state is reduced by 0.3% per year until the loan is repaid.
We are prepared to keep you informed of legislative changes as they occur from the federal, and state levels.
For more information, please contact your Client Manager.
For your reference visit the IRS website at:
https://www.irs.gov/Businesses/Small-Businesses-&-Self-Employed/FUTA-Credit-Reduction
and  http://workforcesecurity.doleta.gov/unemploy/finance.asp.
Thank you,
California Payroll
925-240-2400 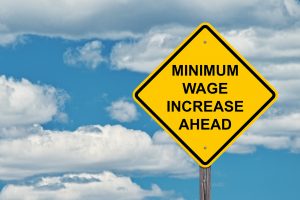